Jerry Devilliers' contribution's to Cajun music and its culture. 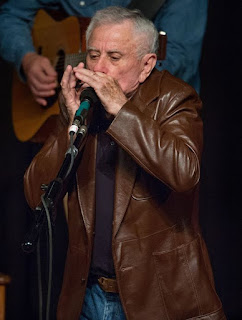 "Recapturing a Fading History." That was the headline of an old magazine article that I stumbled upon when searching through numerous newspaper archives, books and magazines of a deceased Cajun musician, the late Amar "Ti-Frere" Devillier.  He was a popular and accomplished accordion player from L'Anse Meg, a rural farming community between Eunice and Mamou, La. What started out as curiosity turned into a rather in-depth research that lasted months only after initiating a simple search of his name on the web search engine, Google. Little had I known of the extensive musical history of Amar, but also of his son, Jerry. As luck would have it, I made contact with Jerry and it was an eye opening experience for me personally as I visited him in his home in Eunice. He was welcoming, cordial and humble by nature. At 81 years of age, he is sharp-minded and with a quick-wit. Jerry was born during the Great Depression era on May 20th, 1938 to Amar and Dula (Guillory) Devillier. A sharecroppers son, he was expected to work in the field at a young age. He was unable to properly operate a mule drawn plow because of his lack of height, as he could not reach the plow handles. Instead, he had to hang on to the cross bar and let the mule lead the way. Times were hard and he was expected to do his share to help out the family. He rarely left the L'anse Meg area as a child. His first trip away, at the age of 9, was to Port Arthur, Texas to to visit his "Nunc" Angelas Manuel. Jerry was raised only speaking French until he went to school and had to learn English. Jerry has accomplished much in his lifetime. As a high school senior he was selected to participate in the prestigious State of Louisiana high school music talent competition, where he competed against many gifted students from all parts of the state and finished 1st runner-up while playing the harmonica. As Jerry tells it, up until then it was his 1st time ever to drive out of his small community in a vehicle and passing over the mammoth Baton Rouge bridge; crossing the Mississippi River was a real "hair raising" experience for him. As a young boy around 7 or 8 years old, Jerry participated in the very popular Mamou Mardi Gras festival's Courir de Mardi Gras as part of the traveling music group in back of a horse drawn wagon while playing the accordion. He would go on to attend and play for several years in his young adulthood as well. Jerry attended U.S.L. the University of Southwestern Louisiana (Presently called U.L.L. for University of Louisiana - Lafayette.) immediately after his high school graduation and was drafted into the army two days after graduating from college. When he got out of the Army, he went on to teach Mathematics at Chataignier, Eunice and Lafayette high schools. He taught at Lafayette High for two years and left to enroll into Graduate school at U.S.L. While still attending the university as a Grad student he would go on to teach Mathematics. During that time period he became very interested in photography and eventually left teaching to become a professional photographer. Early on, he worked as a sports photographer for multiple regional newspapers as well as becoming nationally acclaimed for some of his works in the field as a professional. Many photos he took hailed from the Acadiana region and depicted Cajun life and its culture. He owned a studio locally in Eunice. Jerry volunteered his time to the City of Eunice, the Jean Lafitte National Historical Park, the V.F.W., and many other projects. I was originally on a quest to gather information on Jerry's father's playing career but was pleasantly surprised to find out that Jerry himself was also a well-rounded and accomplished musician. Like his father, Jerry had played the accordion and played it well, but he chose to play another instrument of preference. What I had no idea was that Jerry is considered a World Class harmonica player by some of the world's finest players of today, his peers, as a member of the largest international harmonica organization - S.P.A.H. The Society for the Preservation and Advancement of the Harmonica. It's where Jerry's mission as a volunteer is to teach Cajun style harmonica to the worldwide attendees at their convention. In 2012, Jerry was honored by being selected as one of the headliners at the large convention, which is held in major cities each year. He teaches alongside such greats as Nashville recording artist and multi A.C.M. award winner, Kirk "Jelly Roll" Johnson, a former Lake Charles, Louisiana native, world renown Chicago, Illinois artist and teacher Joe Filisko 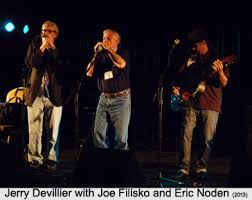 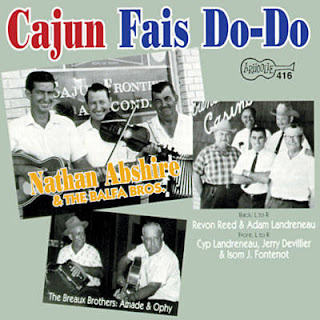 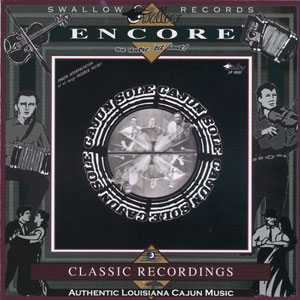 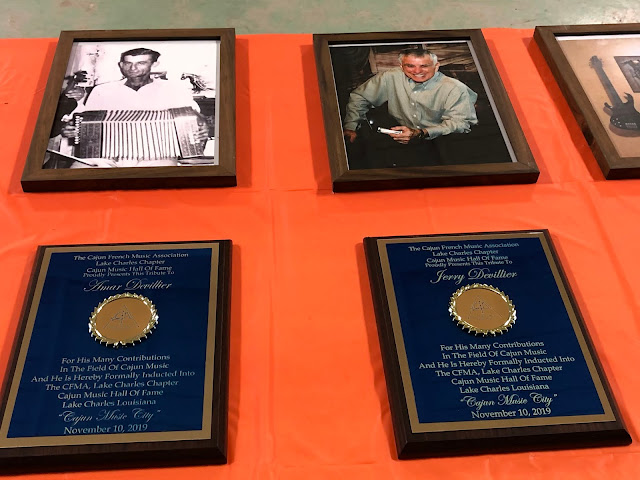 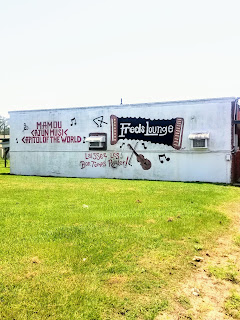 The place where the Cajuns were discovered! Cyprien and Adam Landreneau along with Jerry Devillier were playing on Revon Reeds live radio broad cast show when a talent scout for the famous Newport Folk Festival heard them while he was driving through the area. Though they were not the 1st group to attend in 1964 they did perform in 1965. 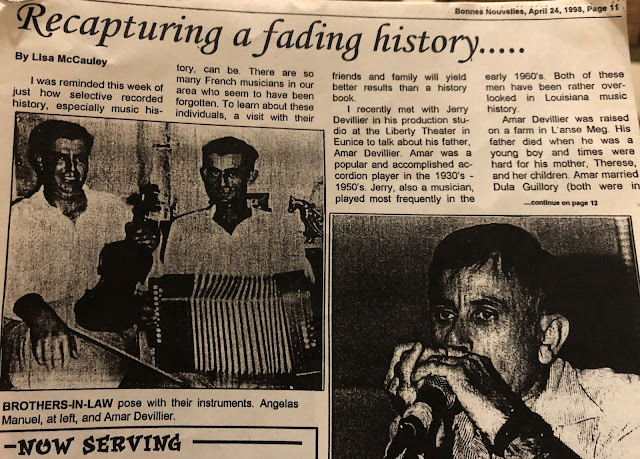 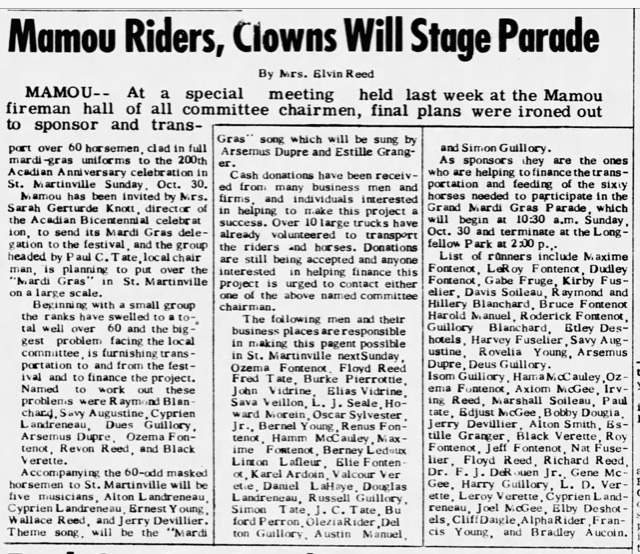 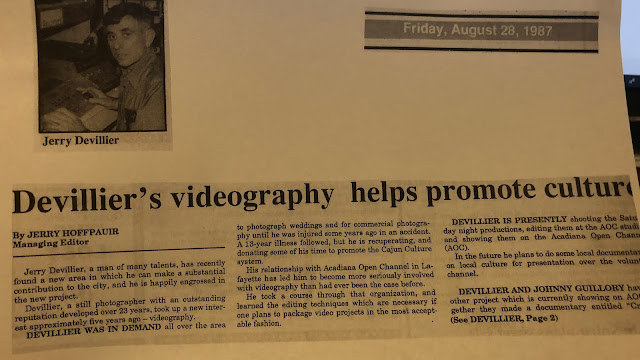 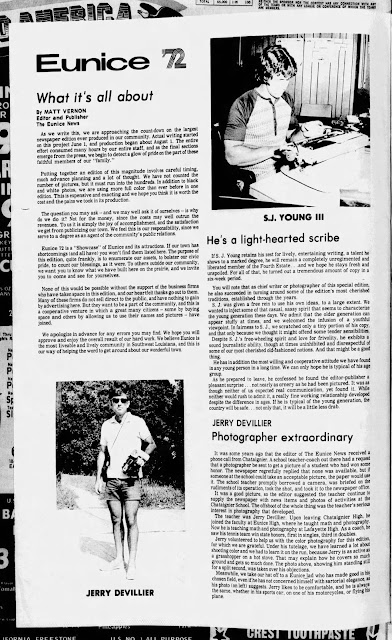 Jerry is an accomplished photographer known for his scenic photo's of the Cajun Culture from the Acadiana region. 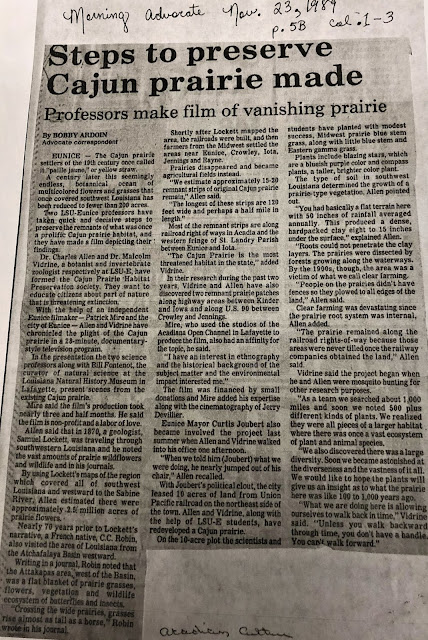 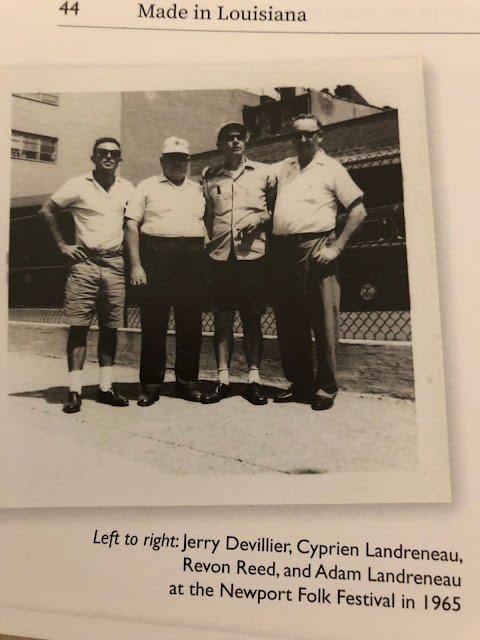 Above photo donated by Jerry and taken courtesy of Marc Savoy's 2021 book entitled "Made in Louisiana: The story of the Acadian accordion". 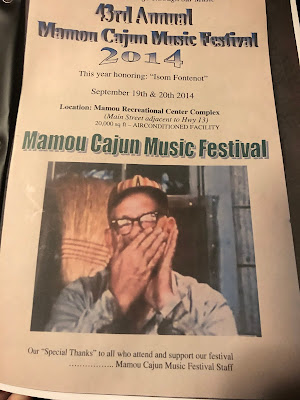 Isom Joseph Fontenot was born on July 28th, 1908, to parents Emerson and Marguerite (Manuel) Fontenot, from the farming community of L'Anse Meg, a rural area between Mamou and Eunice Louisiana. His parents, along with his six siblings, three brothers and three sisters relocated to a home on South Street in the town of Mamou. From an excerpt of the book "French Louisiana Music and its Patron's" author Patricia Peknick wrote in an interview with Isom that he learned harmonica at the age of nine and recalled hearing his father sing "old songs". He also said that his favorite music when he was a child was from a Creole musician. He listened to Grand Ole Opry and Louisiana Hayride and liked hillbilly and country music. Isom eventually became a very well-rounded musician, having learned to play the violin and the triangle as well as the harmonica. He would use those skills when called upon to fill in for someone's band when needed, but i 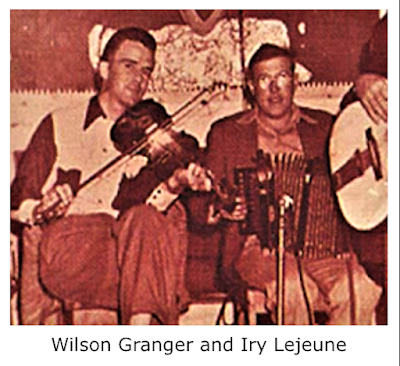 Wilson "Pagro" Granger (pronounced Grun-jay) was born of predominantly Acadian and French ancestry in the farming community of Duralde, Louisiana on June 1st, 1921. His parents, the late Salas Granger ( from descendants of Acadie now known as Nova Scotia) and Ora Veillion Granger were sharecroppers who grew mostly cotton and corn, were taught to live off the land and raised Wilson along with his six other siblings, three brothers and three sisters. In 1925, the Granger's would relocate by traveling by horse and buggy to the Black Bayou area just south of Lake Charles, Louisiana to settle and began highland farming. Times were hard for the Granger family as it was for many in that era. As a young boy, Wilson would often hear his father whistle an old French tune every afternoon after returning from working the field, sometimes playing it on the fiddle. This tune ultimately would stick with him and would become instrumental later in his life. Wilson's father Salus playe